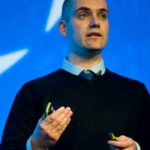 Role in the Project

I graduated with a BSc (Hons) in Ecological Science from the University of Edinburgh in 2001. In my final year dissertation I used GIS (Geographic Information Systems) and spatial statistics to analyse plant disease epidemic data. Following graduation I spent a year at the BBSRC agricultural institute Rothamsted Research in the Statistics Unit where I became increasingly interested in the use of quantitative methods, particularly in epidemic spread modelling. I went on to complete my PhD at the University of Cambridge in mathematical biology where my thesis focused on the population dynamics and management of pesticide resistance in crop protection. Following this I spent two years as a Postdoctoral researcher at the US Department of Agriculture (USDA) in Florida where I developed models of invasive diseases of citrus and worked closely with the Animal and Plant Health Inspection Service (APHIS) to inform disease surveillance strategies. I then spent seven years as a Research Scientist and epidemic modeller at the Rothamsted Research before moving to Salford as Lecturer in Spatial Epidemiology in October 2014.