Revealed: The secret life of the spittlebug

Citizen scientists have provided a wealth of new data on a curious insect that makes blobs of spittle on plants. 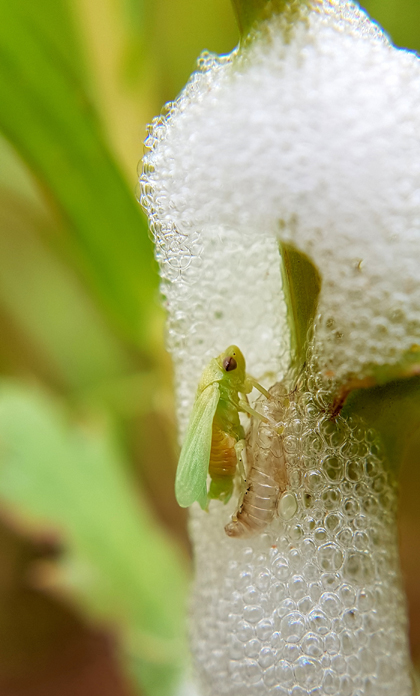 More than 11,000 sightings of the spittlebug, or froghopper, have been recorded across the UK, with the south of England proving a stronghold.

The information will be used to prepare for the threat of the plant disease, Xylella.

The spittlebug is a vector of the disease, which is present in several EU countries outside the UK.

Scientists have appealed for thousands of volunteers to record spittle and spittlebugs in gardens and green spaces. This will help them fight any future outbreak by modelling how the disease might spread.

From the information submitted over the past month, plant and insect experts have found that the south of England is proving a hotbed for spittlebug sightings.

The top five areas in terms of numbers of records submitted are Surrey, South Hampshire, East Sussex, Middlesex and the south of Devon.

The preliminary data shows that the vast majority (85%) of insect records are for the common or meadow froghopper (Philaenus spumarius).