Population structure and adaptation of a bacterial pathogen in California grapevines 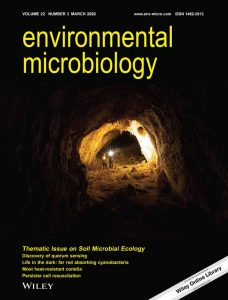 Xylella fastidiosa subsp. fastidiosa causes Pierce’s disease of grapevine (PD) and has been present in California for over a century. A singly introduced genotype spread across the state causing large outbreaks and damaging the grapevine industry. This study presents 122 X. fastidiosa subsp. fastidiosa genomes from symptomatic grapevines, and explores pathogen genetic diversity associated with PD in California. A total of 5218 single‐nucleotide polymorphisms (SNPs) were found in the dataset. Strong population genetic structure was found; isolates split into five genetic clusters divided into two lineages. The core/soft‐core genome constituted 41.2% of the total genome, emphasizing the high genetic variability of X. fastidiosa genomes. An ecological niche model was performed to estimate the environmental niche of the pathogen within California and to identify key climatic factors involved in dispersal. A landscape genomic approach was undertaken aiming to link local adaptation to climatic factors. A total of 18 non‐synonymous polymorphisms found to be under selective pressures were correlated with at least one environmental variable highlighting the role of temperature, precipitation and elevation on X. fastidiosa adaptation to grapevines in California. Finally, the contribution to virulence of three of the genes under positive selective pressure and of one recombinant gene was studied by reverse genetics.