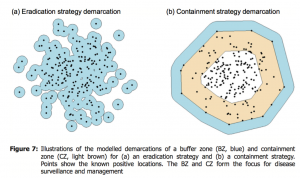 Abstract:
EFSA was asked to update the 2015 EFSA risk assessment on Xylella fastidiosa for the territory of the EU. In particular, EFSA was asked to focus on potential establishment, short- and long-range spread, the length of the asymptomatic period, the impact of X. fastidiosa and an update on risk reduction options. EFSA was asked to take into account the different subspecies and Sequence Types of X. fastidiosa.
This was attempted throughout the scientific opinion but several issues with data availability meant that this could only be partially achieved. Models for risk of establishment showed most of the EU territory may be potentially suitable for X. fastidiosa although southern EU is most at risk. Differences in estimated areas of potential establishment were evident among X. fastidiosa subspecies, particularly X. fastidiosa subsp. multiplex which demonstrated areas of potential establishment further north in the EU. The model of establishment could be used to develop targeted surveys by Member States.
The asymptomatic period of X. fastidiosa varied significantly for different host and pathogen subspecies combinations, for example from a median of approximately 1 month in ornamental plants and up to 10 months in olive, for pauca. This variable and long asymptomatic period is a considerable limitation to successful detection and control, particularly where surveillance is based on visual inspection. 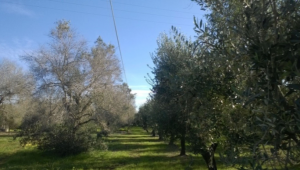 Modelling suggested that local eradication (e.g. within orchards) is possible, providing sampling intensity is sufficient for early detection and effective control measures are implemented swiftly (e.g. within 30 days). Modelling of long-range spread (e.g. regional scale) demonstrated the important role of long-range dispersal and the need to better understand this. Reducing buffer zone width in both containment and eradication scenarios increased the area infected. Intensive surveillance for early detection, and consequent plant removal, of new outbreaks is crucial for both successful eradication and containment at the regional scale, in addition to effective vector control. The assessment of impacts indicated that almond and Citrus spp. were at lower impact on yield compared to olive. Although the lowest impact was estimated for grapevine, and the highest for olive, this was based on several assumptions including that the assessment considered only Philaenus spumarius as a vector. If other xylem-feeding insects act as vectors the impact could be different.
Since the Scientific Opinion published in 2015, there are still no risk reduction options that can remove the bacterium from the plant in open field conditions. Short- and long-range spread modelling showed that an early detection and rapid application of phytosanitary measures, consisting among others of plant removal and vector control, are essential to prevent further spread of the pathogen to new areas. Further data collection will allow a reduction in uncertainty and facilitate more tailored and effective control given the intraspecific diversity of X. fastidiosa and wide host range.